Bob was born in Alberta and in 1942 tried to join up but they wouldn’t accept him as he was only 17 years old. When he was able to join the RCAF, he was a wireless navigator on Lancaster bombers and was stationed in Yorkshire, England. The following is a quote from Bob:

“One night that sticks in my memory happened in November of 1944. Our crew was in a Lancaster and unfortunately on take-off the plan caught fire. Somehow, we landed and all seven of us men got out – not one of us was injured, the good Lord was looking out for us I guess.”

Bob met his wife, Sybil, at a dance and after his release in 1946, he remained in England for 17 years and worked in heavy equipment manufacturing. He and Sybil relocated to Canada in 1964.

Bob now lives in Augustine House in Ladner, BC. 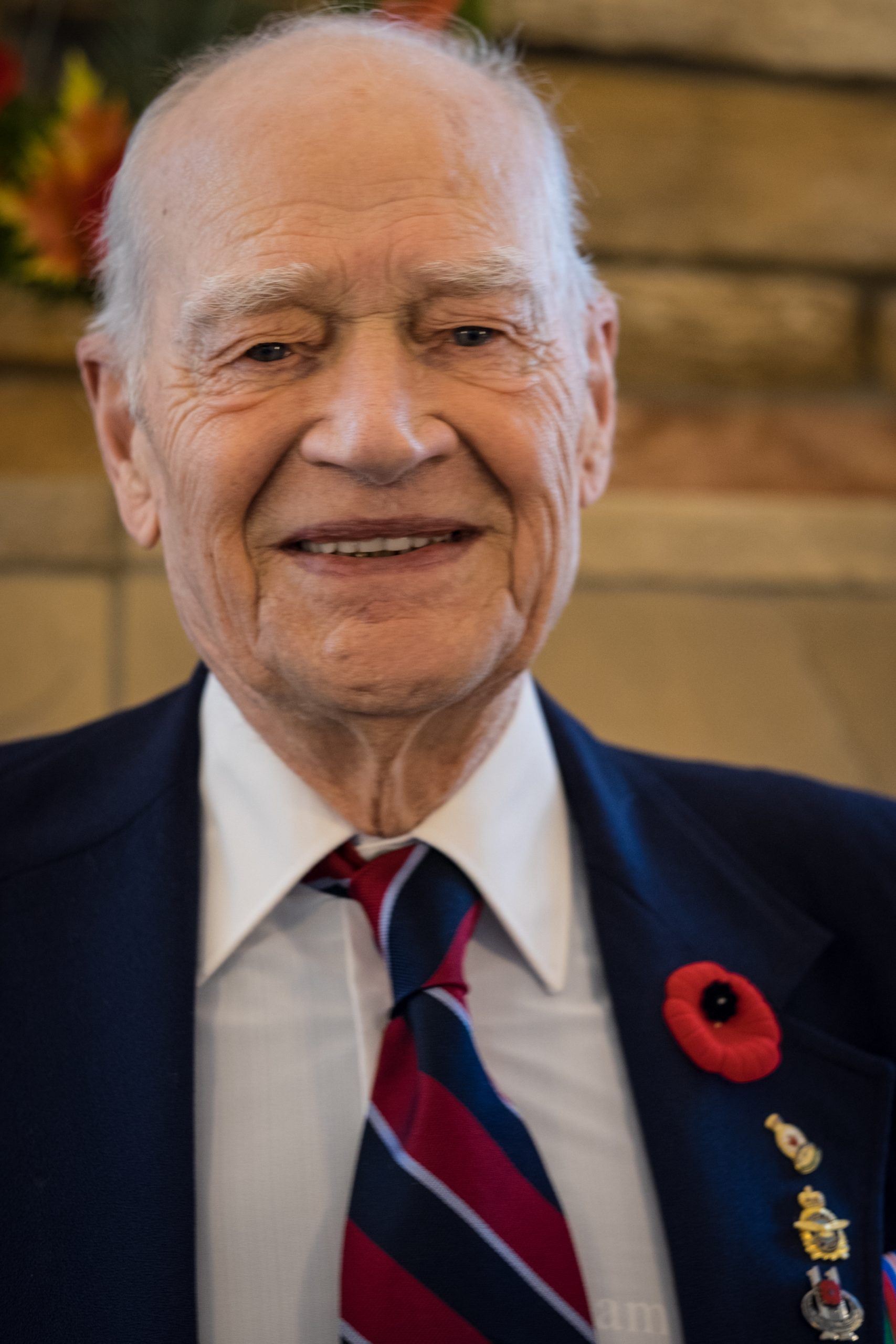